A downloadable game for Windows and macOS

Push The Button is a prototype.

It is a game that takes inspiration from the likes of The Stanley Parable, Portal, and titles in the walking-simulator genre.

Continue reading if you'd like to know more about why the game is in its current state, how it got there, and what it might become in the future.

The game was originally planned to be a full-length game with sweet 3D graphics, interactive and engaging puzzles, and an interesting narrative woven into the gameplay. Instead, I ended up with a low-poly game with the scope stripped all the way down to the prototype it is now. So what happened?

I went with creating a prototype for two reasons.

First, Push The Button would be my first real attempt at making a 3D game. While I have training in Maya, there is so much more to making a 3D game within Unity than my usual 2D games (lighting(!), materials, shaders, the list goes on...). I was not sure if I wanted to dive into full development while learning these new skills.

Second, I wasn't sure if my idea was even going to be fun to begin with. Experience within development has taught me the pain of spending lots of time producing all the elements that make up a game only for most (see: none) of it being used because the game didn't work out.

In the end I have what I would consider an over-polished prototype. I got too carried away with programming this prototype. I spent way too much time coding backend systems that were not needed for the prototype, but they did lay the groundwork to easily expand the game should I decide to make a full length title. I mean who the F*** puts achievements, some which are quite obscure, into a prototype?! lol

Everything considered, it was a great learning experience all around. Will I pursue the game further beyond a prototype? Who knows. I am going to take a break away from it for the time being and see what inspires me. I did implement analytics into the game (I told you I went overboard on the programming) so it will be fun to see the choices you make in the game.

Lastly, I would love to hear what you thought of the prototype either in a comment here, or reach out to me over on Twitter. All constructive feedback is welcome.

Super cool! Really would like to see subtitles added!

Thank you for taking the time to play the game! You bring up a really good point. I did consider adding subtitles, but given it was a small prototype/game I figured I could go without them. That said the game heavily relies on the voice over so I should have added them. If I pursue the game beyond a prototype I will definitely be adding them. 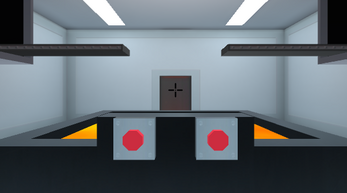